Staying in the Game 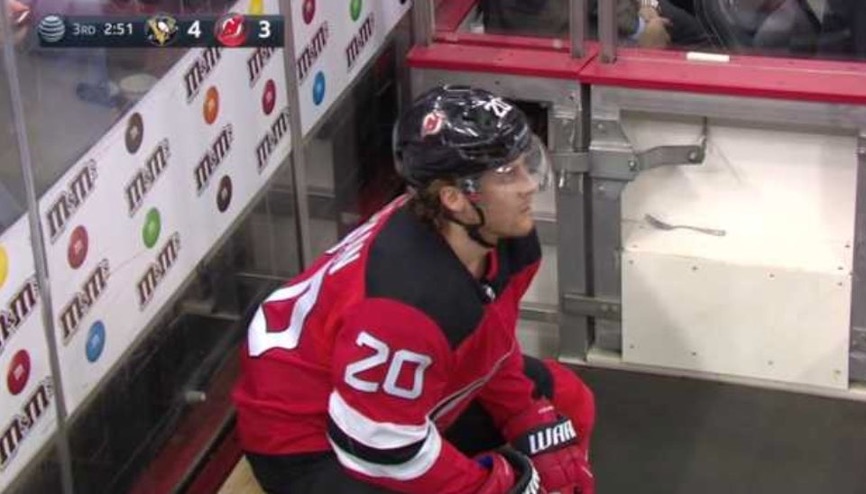 Jimmy’s dad was a professional hockey player and the deal was that when he turned six, he could go to the arena to see dad play for the first time. On the very day of Jimmy’s sixth birthday, he found himself seated in the stands, taking in the long-awaited moment. Throughout the game, as he watched his dad skate his way across the ice, he noticed that he kept leaving the game to sit in a room all by himself.

After the game, Jimmy and his mom drove home. Troubled and confused, he asked her, “Why did Daddy keep leaving the game? His mom replied, “Oh, that’s the penalty box—that’s where you go when don’t play by the rules.” Trying to sort it all out, Jimmy sat in silence the rest of the ride home.

Late that night, Jimmy’s dad arrived home and went in to kiss his son good night. As he turned to leave the room, unable to feign sleep and keep quiet any longer, Jimmy blurted out, “Daddy, how can you score a goal for your team when you’re always sitting in the penalty box?”

Friends, as I write this first blog of 2022, my heart is heavy, weighted down by the sobering reality that far too many Christian leaders are sitting in the penalty box, letting down their team—their family, their organization, their church, themselves. People who have been disqualified from their leadership post because of choices to step outside the rules of the game.

You know it like I know it. The stats are staggering. Just the other day, a friend told me while attending a Christian high school, he abandoned his newfound faith in Christ for almost five years as a result of the moral compromise of a teacher and mentor—someone he looked to for both guidance and example.

Sadly, the landscape of Christendom is littered with leaders who in their moment of temptation reached into the bank account of their lives and leadership only to find insufficient funds. To make the point, after having conducted extensive research, Dr. J. Robert Clinton, former professor of leadership at Fuller Theological Seminary, believes that more than 70% of leaders do not finish well. That is sobering. And disturbing.

Paul—apostle and author—when he wrote his first tome to a group of Christ-followers who resided in a locale known for its indulgence and decadence, called out that one of the risks of life (and leadership) is disqualification. Using the metaphor of Olympic competition, he likens life to a race. And in preparation for the race of life, he makes an all too-forgotten observation: Everyone who competes in the games goes into strict training.

What’s the take-home for a Kingdom leader? For you? For me?

Here it is…and let me make it personal. With an eye on the prize, as a spiritual leader, I must be a relentless practitioner of self-discipline, strict training. I must understand and order my life under the banner of truth that the pain of discipline today far outweighs the pain of regret tomorrow. And while I know there is the enticing pleasure of sin, I also know that it is typically attended by an oversized and protracted price tag. Not to mention, a truckload of collateral damage.

Spiritual leaders understand and order their lives under the banner of truth that the pain of discipline today far outweighs the pain of regret tomorrow.

Can I offer a challenge? To you? To me? Set aside a time of intentional solitude where you ask the Spirit of God to show you what area of your life is in need of “strict training?”

The stakes are high.

You are needed. Not on the sideline. But on the frontline.

Let’s stay in the game!

Don’t Get This Question Wrong

What You Dare Not Neglect in Leading Change

Are YOU a Smart Leader?