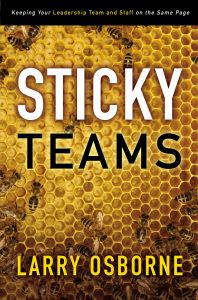 Title: Sticky Teams: Keeping Your Leadership Team and Staff on the Same Page

Ask It: The Question That Will Revolutionize How You Make Decisions